The construction of The Great South Sea Wall was to solve the problem of the silting and resulting creation of sandbars which would obstruct passing ships from reaching the Dublin Port.

A lighthouse was constructed at the end of The Great South Sea Wall in 1768 and history has it that it was the first lighthouse in the world to be operated on candlepower. It was changed to oil operation in 1786 and redesigned in 1820 as the structure you can see today.

The Poolbeg Lighthouse pier offers a 2KM walk from the beginning of the pier to the lighthouse and back.

Along the walk, you can see all around Dublin Bay:

Passing ferries to and from the Dublin port can also be spotted, along with other boats and ships.

Doing the walk certainly gives you a different view of Dublin.

A word of caution though: beware during high winds. The swell can reach over the wall in dangerous conditions. It’s the best and most enjoyable to do this walk during calm weather days. 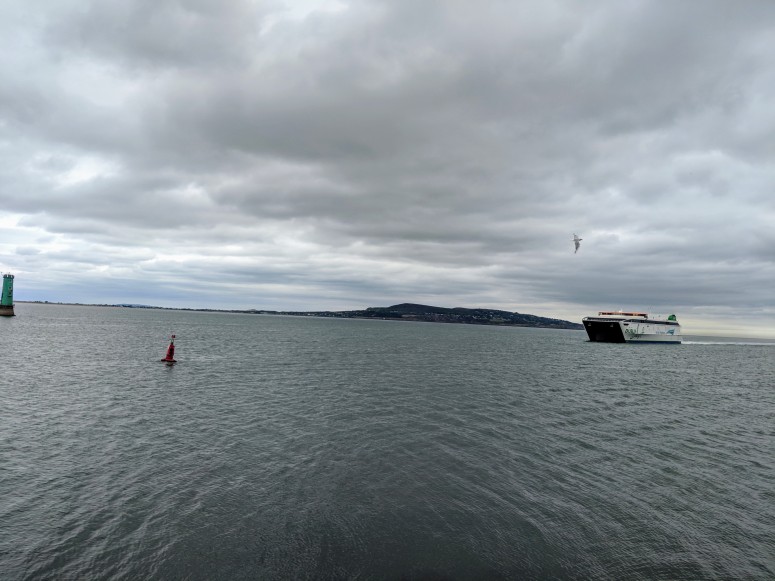