Just across the Liffey heading into the north of Dublin there are lots of activities that visitors can enjoy. After having published my last Dublin blog almost a year ago which focused on the south, https://shellsadventures.com/2018/03/31/dublin/ … I figured it was time to publish one on what to do on the other side of the Liffey!

The EPIC is a museum which details the Irish diaspora (referring to Irish people living outside of Ireland) and their immigration.

The building the museum is housed in was a cargo store containing spirits, tea and tobacco, built between the years 1817 and 1820.

The museum tells the story of the 10 million Irish people born on the island who left over the centuries, due to hardships of poverty, famine, lack of opportunities and religious persecution. It discusses their transport challenges and the dangers involved, the countries to which they immigrated and their integration into their new societies bringing their culture with them.

The celebration of the Irish culture across the world is also displayed in the museum. 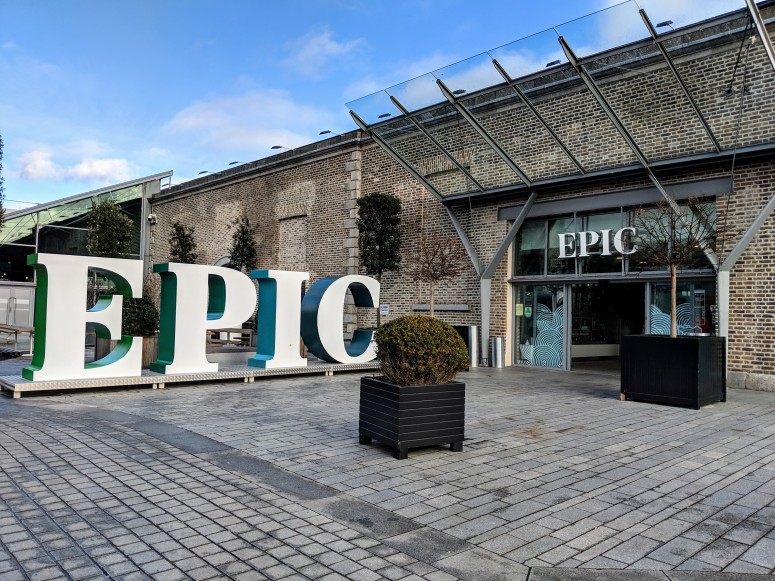 A gift store is available at the museum. 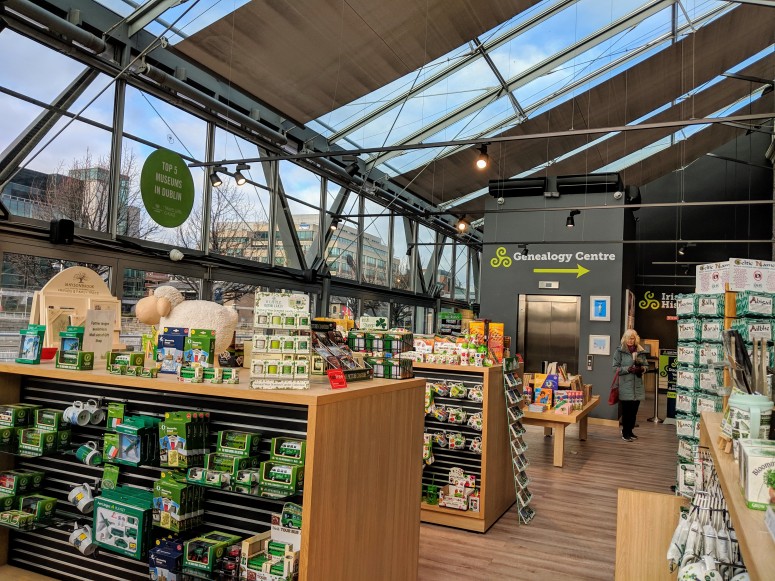 The Jeanie Johnston is a replica of the original ship which carried over 2500 people from Ireland to North America from 1847 and 1855 – around the time of the famine.

The ship was built to be a cargo ship but during the famine the demand for transport out of Ireland had increased. The ship became a passenger liner from Ireland and a timber cargo ship returning to Ireland from North America.

During the tour, visitors can see what the living conditions were like for the passengers. Despite the ship’s 16 journeys carrying emigrants, there was no loss of life.

Walking past the Famine Memorial, I can’t help but feel the emotion conveyed. The memorial is a haunting reminder of the suffering experienced during the famine (1845 – 1852). The famine resulted in 1 million deaths. 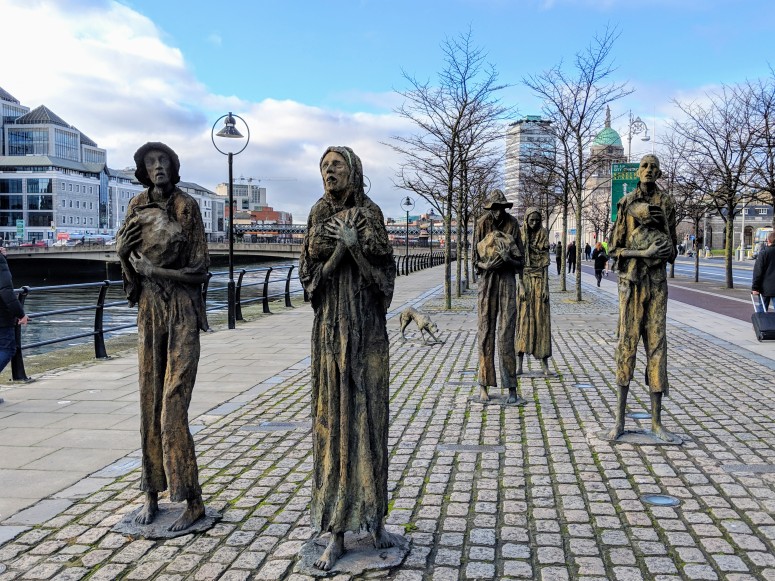 The Custom House was built in 1791 to be used for the Commissioners of Custom and Excise (tax on goods and commodities). It was later used for local government.

The building is said to have played a significant role in the Easter Rising.

It was burnt and completely destroyed during the Irish War of Independence in 1921. It was restored 7 years layer in 1928. 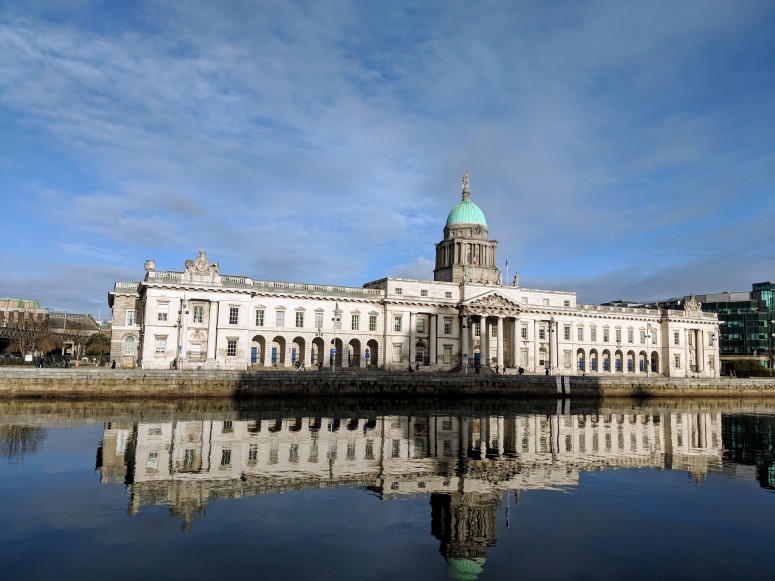 James Connolly was an Irish Republican and socialist who was a leader in the 1916 Easter Rising, playing an important role in the first steps towards Ireland gaining independence from Britain. 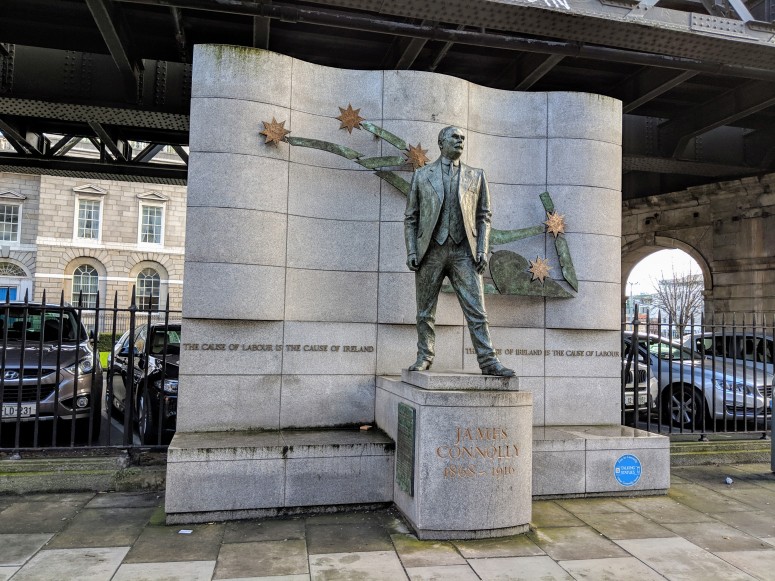 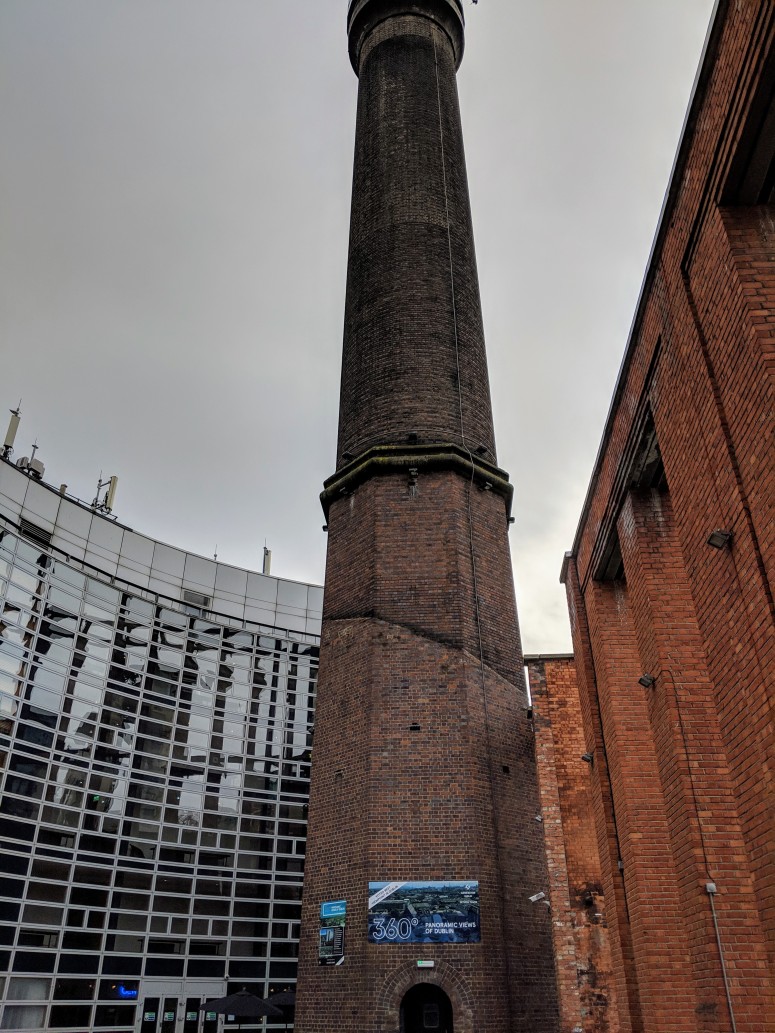 The Jameson Distillery was established in 1780 at Bow Street. Here visitors can experience how the whiskey is distilled and try it during some tasting.

The National Botanical Gardens in Dublin were established in 1795 and house some beautifully constructed greenhouses.

An especially beautiful time to visit the gardens is during the end of winter to the end of spring where the bulbs cover the flower beds.

There are peaceful walks available through the garden and a café.

Phoenix Park is one of Europe’s largest enclosed recreational parks within a capital city. It’s also home to a herd of fallow deer. The park houses the Dublin Zoo, the residence to the President of Ireland, Phoenix Park Visitor Center, a Magazine Fort, various monuments and sports grounds. 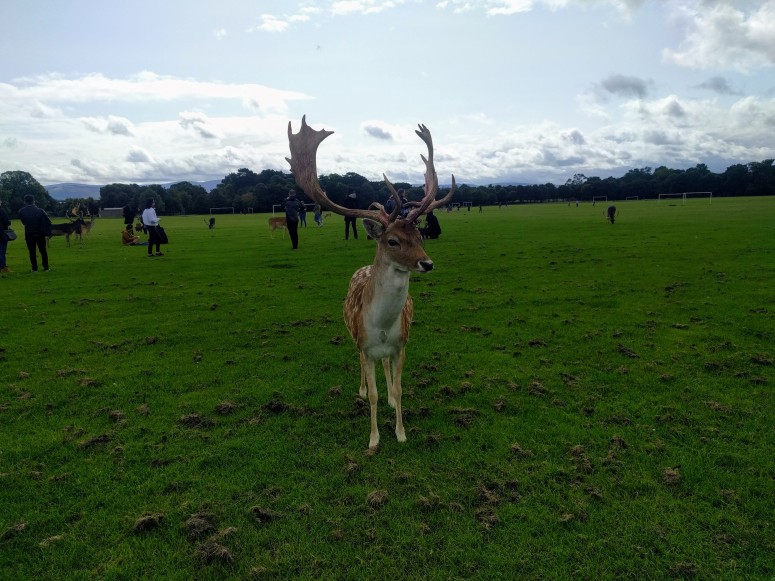