With the Coronavirus flying around the world, and most of the world in lockdown, I’m finding myself reminiscing about past adventures I haven’t written about yet.

It has been quite a while since I visited The Louvre in Paris, in fact, 5 years since my trip there on my honeymoon. Taking the chance to look at the photographs now after all this time with a fresh pair of eyes, I have a new appreciation for how special The Louvre is. Not only is the building amazing, but it holds some very special pieces of art, most famously The Mona Lisa and The Venus de Milo. Looking back now, it was quite an incredible trip.

So with the use of my photographs and some research, this is The Louvre.

The Louvre is situated in Paris and is both the national museum and art gallery of France. The building itself is historic, with the museum itself in within a palace of a 12th-century fortress.

The Louvre is one of the world’s most popular art museums with approximately 9.3 million visitors per year. It has an impressive collection from the ancient civilisations all the way to the mid-19th century, with a total of 35,000 artefacts.

For some background, the history of the Louvre goes back as far as 1190 when it was constructed as a fort to protect Paris, under Philippe Auguste’s command. The Louvre not only served as urbanisation, protection for the city but it also was a stamp of the king’s authority as he left to fight the war in the Crusades.

Soon, the fort evolved into a castle, complete with a moat for protection and defensive towers. It was situated in the outskirts of the old city of Paris housing the garrison.

In the 14th century, Charles V modified The Louvre fitting it for purpose, but over the subsequent years, the building fell into disuse with successive monarchs opting to stay elsewhere. The Louvre was disused until 1528 that The Louvre became a permanent royal residence, with King François I, who wanted to regain control of the capital moved in after his captivity in Spain and the defeat at the Battle of Pavia. From this point, the castle was renovated, fit for a king.

Interior of The Louvre 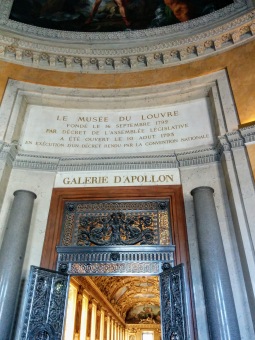 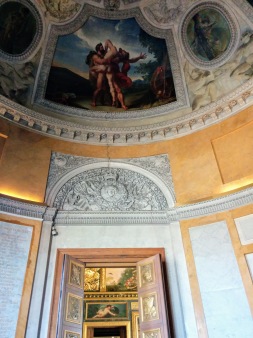 The Mona Lisa (and her seriously crowded room of spectators) 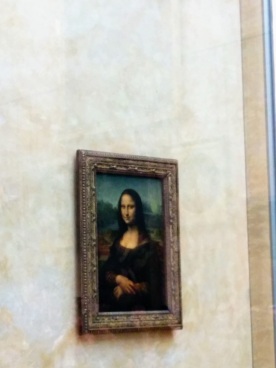 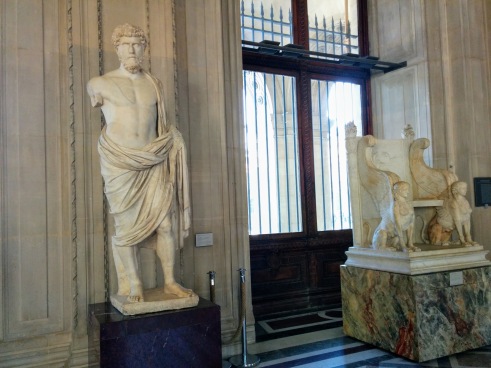 If you want to visit The Louvre, the best way to get in and beat the queues is booking your ticket online: https://www.louvre.fr/en/hours-admission-directions.

The museum is huge. I wish I could have spent more time there. I was in the museum for 3 or 4 hours and this just wasn’t enough at all, so I had to prioritise what I wanted to see. If you plan your trip well, organise to go early in the morning and then you can take your time going through the museum without rushing or skipping exhibits. There are also night openings available, which you can go to.

Features of The Louvre

The museum expands over 5 levels and 3 interconnecting wings, also offering cafes and a restaurant for refreshment.

Here are a few highlights you can see at The Louvre:

I definitely think that a full day or more could be spent at The Louvre. It would be well worth it. There is so much to see, I won’t go into full detail but you can get more information on the floor plan PDF below from Louvre Floor Plan

3 thoughts on “The Louvre – France”