Since Ireland is still in lockdown with the Coronavirus pandemic, I’m having more free time to write about previous adventures. One in particular, that I knew would be a very difficult challenge to write was the Normandy Beach Landing Tour I went on while I stayed in Paris during my honeymoon in 2015.

As time goes by, it’s easy to forget the details of an experience as well as the facts. The only way I’m able to write about this is using my photographs on Google Photos, which luckily have the location for each photo; a rough spreadsheet of memories during the honeymoon I wanted to hold onto, written while I was on the plane back home; accompanied by a lot of research on Google.

The reason I chose to write about this was due to the fact that this was an incredibly special and emotional tour. I was taught about WW2 during school and played many rounds of Call of Duty and Medal of Honor while I was young, so seeing the places in person where the war took place was mind-boggling.

As for the history itself for each attraction, I will try to keep it brief since an entire essay could be written for each.

The Caen Memorial was the first stop on the tour. The Memorial is Caen’s Center of History and Peace, allowing visitors the opportunity to learn about WW2, the build-up to the War, and how the area of Normandy was impacted. It also covers life under occupation for France, what the average life was like for citizens and the treatment of the Jews.

Caen itself was affected by the War by being bombed and German occupation. It was on 6th June 1944 when the Allied Forces planned to liberate the City of Caen from German occupation and gain the strategic advantage of Caen, being an essential road hub in the area. Caen suffered heavy bombardments and fighting but 6 weeks later was liberated by the Allied Forces. There were many lives lost, 30,000 Ango-Canadian soldiers along with 3,000 civilians, with 80% of the town destroyed.

The Museum in Caen is fascinating. All of the information boards are highly detailed, with hundreds of photographs, thousands of artifacts including weapons, uniforms, equipment, and vehicles. For me, seeing the objects from the War was the most remarkable. There is also a section of the museum that contains an underground bunker through which you can walk to view more displays.

I felt a remarkable sense of sadness while leaving the memorial for all the lives impacted by the War. I also felt enormous gratitude for the peace we are living in, and the men and women who fought for it. 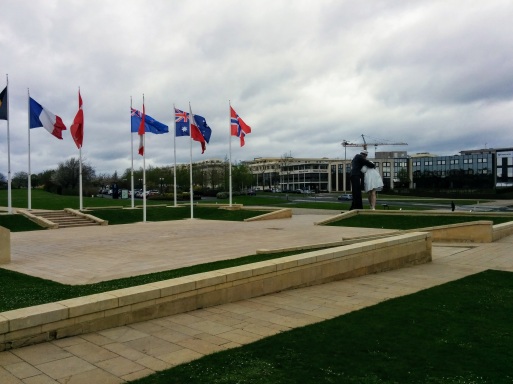 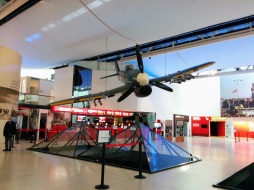 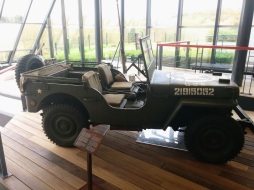 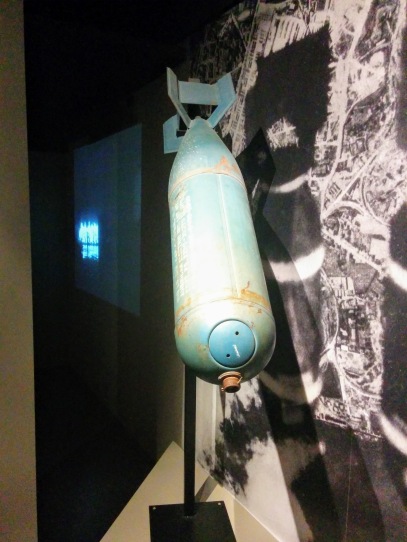 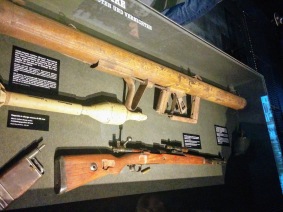 Pointe du Hoc is situated halfway between Omaha Beach and Utah beach, with a point of land jutting out into the sea with cliffs as high as 30.5m. For the German Forces, defence of Pointe du Hoc was critical in their plan, given the elevated advantage. The cliffs had six French-made 155 mm howitzers which could fire as far as 25km, defending both the beaches of Omaha and Utah.

The Allied Forces deemed the neutralisation of these guns critical to the success of the beach landing. Another objective of this mission was to cut off the road from Saint-Pierre-du_mont to Grandcamp. On the early hours of D-Day, 6th June 1944, the Americans of 2nd and 5th ranger battalions launched an attack on the cliffs, commanded by Lieutenant Colonel James Rudder. The plan was to scale the heights of the cliffs and destroy the guns.

In the weeks before the ranger’s attack on Pointe du Hoc, five bombing raids by the Allied Forces were conducted, destroying one of the guns. The Germans had planned to build 6 gun casemates but due to the Allied Forces bombing raids and sabotage by the French Resistance, the Germans only completed 2 gun casemates by D-Day, moving the guns nearby during construction.

The day of the attack brought heavy seas and strong winds, with one of the landing craft sinking on the way. With the rest of the boats landed, the rangers fought heavy fire by the Germans. They were supported by British and American ships, providing accurate gunfire. the rangers climbed the cliffs using ropes, ladders and grapples. They scaled the cliffs and discovered the casemates were empty of the 155mm guns.

The rangers found that during the Allied bombing raids one of the 155mm guns was destroyed and the Germans subsequently replaced the guns with dummies made from wooden poles and moved the real guns pointing to Utah beach instead. On D-Day the rangers found the guns unmanned and used thermite grenades to destroy the elevating and traversing mechanisms of the guns.

Of the 225 rangers who launched the attack, 90 men survived the mission, relieved 1.5 days after launching the attack.

When I was there, I won’t forget the shock of seeing the craters still visible from the bombing raids, the destroyed buildings, the sheer height of the cliffs, or seeing bullet holes in the bunkers. 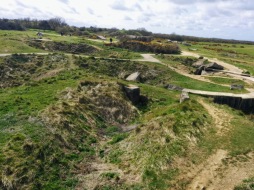 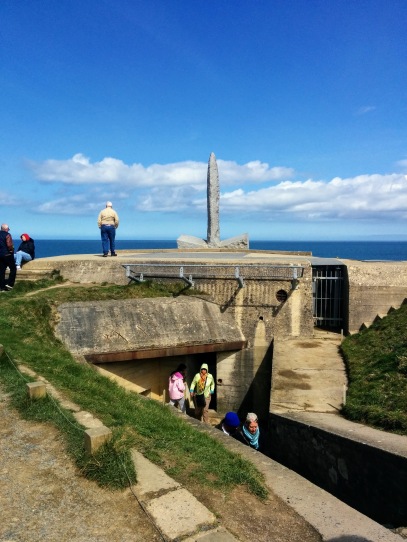 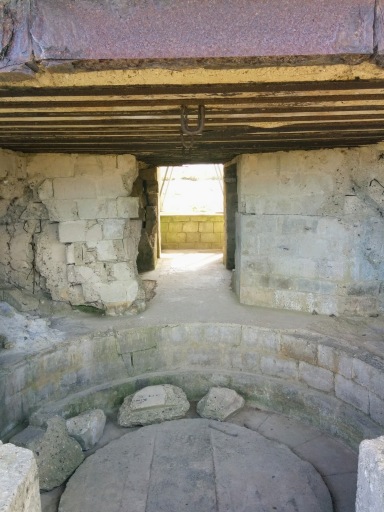 The Normandy Invasion, which also goes by the names of Operation Overlord, or D-Day, was an enormous amphibian War effort by the Allied Forces on June 6th, 1944. The coast of Normandy was split into 5 separate beaches:

Omaha Beach was the largest and bloodiest of the Normandy beach landings. The Germans had set up a serious defence: The sea cliffs at Pointe du Hoc, mines, 13 Wiederstandnester (resistance nests), an extensive trench network, with their weapons fixed on the beach.

On the eve of the Omaha attack, the Allies dropped 13,000 bombs on the German defences but was not very successful due to very thick fog and low cloud. The bombs either missed their targets, exploded too early or too late and the attack made little difference to Omaha.

The weather on D-Day was not optimal for the attack, with ‘DD’ Sherman tanks (amphibious tanks which had flotation screens allowing them to float) many of which sank in the English channel in the rough sea, strong currents and windy conditions. Many landing craft also drifted further away from their anticipated landing locations.

German Forces carried a barrage of fire against the Allies, causing heavy casualties, forcing the Allies to take refuge behind objects, anti-tank barriers around the beach, or sprint to the cover of the 3m high seawall along the beach. The surviving troops scaled the surrounding cliffs, aided by navy destroyers firing at the German fortifications.

By nightfall the Allies captured the beach, losing 2,400 souls and landing 34,00 on the beach. The Germans lost 1,200 and had no backup to continue defending. 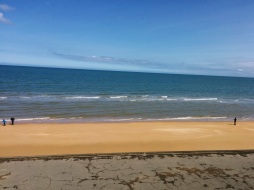 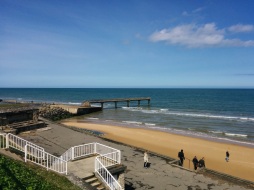 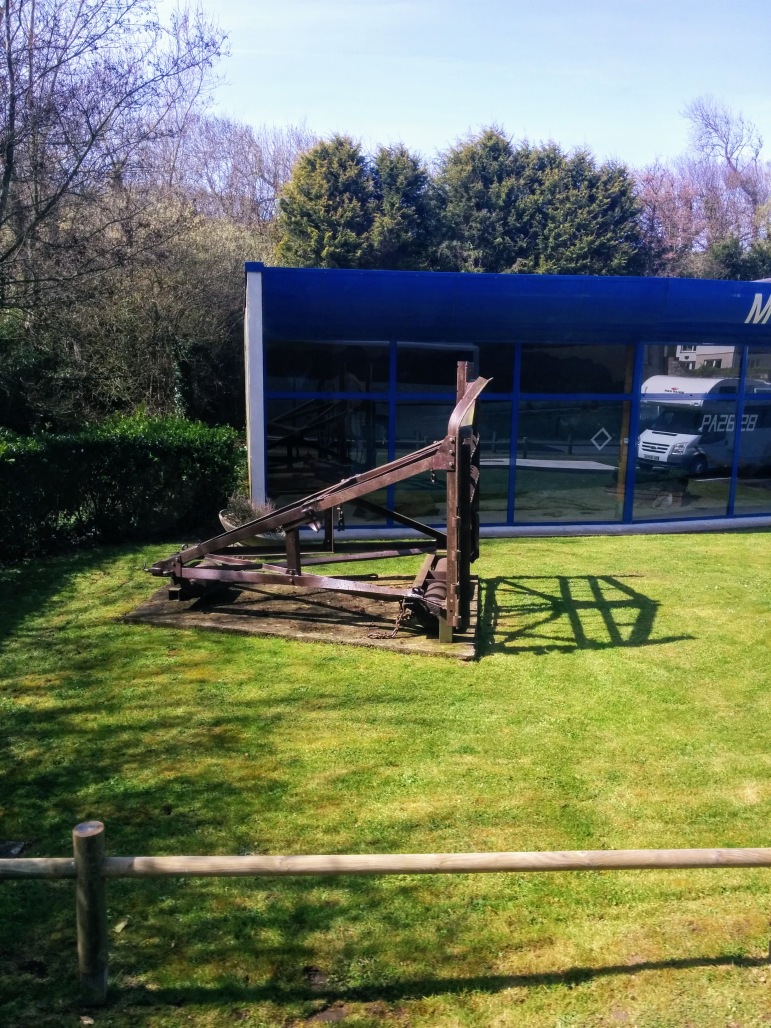 The Normandy American Cemetery was established on 8th June 1944 by the US First Army. It was the first American cemetery in Europe during WW2.

The cemetery houses the bodies of 9,385 soldiers over 0.7km2, most of whom lost their lives during D-Day or following operations. As far as you can see, there are white crosses with the names of the soldiers. Where there is no known name for the solider, the cross in the Walls of the Missing is inscribed: ”Here rests in honored glory a comrade in arms known but to God.” For those whose bodies have since been recovered, a rosette has been placed to mark their name.

Seeing the cemetery, one is filled with a huge heaviness of heart seeing the numbers of those who were killed. 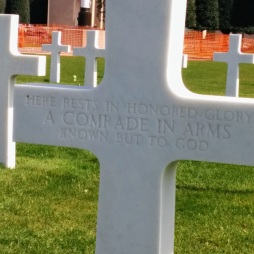 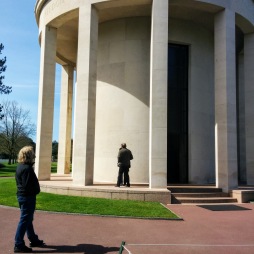 Juno Beach was the last stop on the tour. Juno Beach was attacked on D-Day by the Canadian Infantry who faced many obstacles in the capture of the beach. The attack of Juno Beach was delayed and fraught with difficulty due to the natural offshore reefs and seaweed. The infantry had to wait for the tide to come in so that the landing craft could clear the barrier that the reefs created.

With the rising tide, beach obstacles had been submerged and provided even further difficulty with the engineers unable to clear the path, causing the landing craft to move blindly through the water. There was also heavy casualties from the mines. As the troops moved from the landing craft, wading through the water to the beach, the Germans fire was not heavy on the troops, with the position of the guns pointing to the beach itself and not the sea. The Germans were defending the beach from gun casemates, firing from seafront houses facing the sea and firing positions from the dunes. By the stage the troops moved onto land, they took heavy casualties from the gunfire.

By evening time, the Canadians managed to secure the beach from the Germans. There were 1,200 Canadian casualties out of 21,400 who landed on the beach. 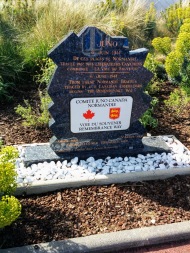 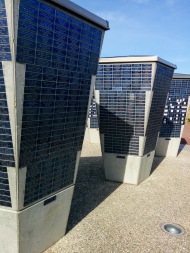 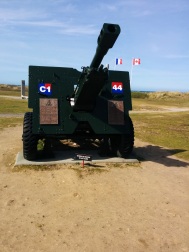 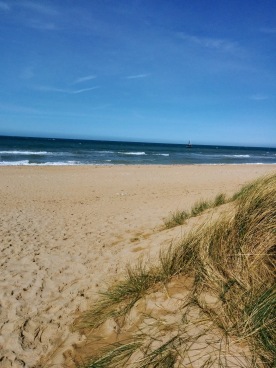