This site is so special it deserved it’s own post. Glendalough is found in the Wicklow mountains in County Wicklow, in a glaciated valley with two lakes. It has a 6th century Christian settlement which was founded by Saint Kevin.

Today there is lots visitors can see in the old settlement: beautiful forest walks, building ruins, lakes and the visitors center.

Visitors can follow a beautiful path through the forest to St. Saviour’s Priory, which was the latest of the Glendalough buildings to be built. The building consisted of a nave (where the congregation would sit), a chancel (where the clergy and choir would sit near the alter) and what was possibly a domestic building on the North side.

St. Kevin’s Church is nicknamed the “St. Kevin’s Kitchen” due to it’s 3m high chimney looking tower, even though the building was not used as a kitchen, but instead was a church. It was the circular bell-tower that was integrated with a rectangular shaped church. Today it’s the only stone roofed building to survive in Glendalough.

Today there isn’t much to see of St. Kieran’s Church, it comprises of a low stone wall, a small nave and a chancel. St. Kevin’s Church can be seen in the background of the photograph. 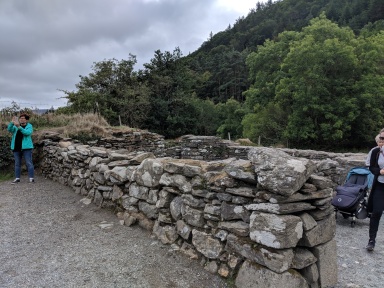 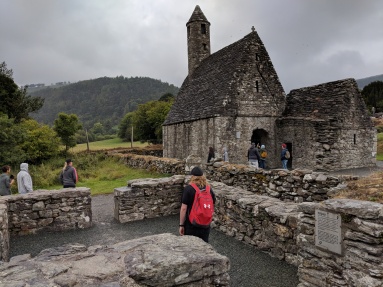 The Round Tower was built by the monks of Glendalough almost 1000 years ago, stands 33 meters high and has 6 floors. The roof was replaced in 1876 when it was struck by lightning. The tower primarily functioned as a bell tower to call the monks to prayer. The tower would have also served as a refuge for monks when the settlement was under attack as well as a look out. 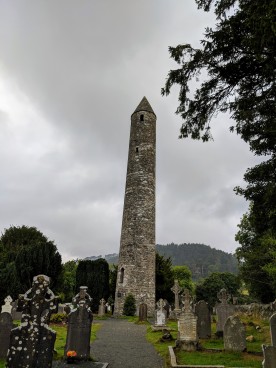 This miniature building it is suspected to have served as an oratory or a shrine, although the intended function is largely unknown. It received the name “Priest’s House” after the priests who were buried there in the 18th century. 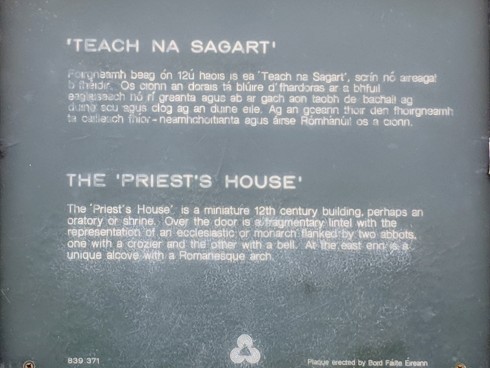 The Cathedral is the largest of the Glendalough churches and is claimed to be largest of the early Christian churches in Ireland. It consisted of a sacristy (where priests would prepare for a service), nave and chancel. 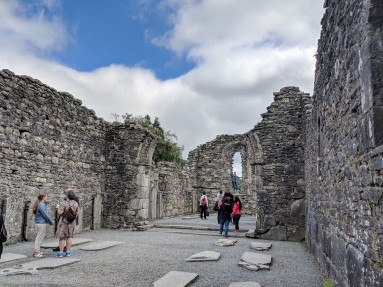 It is claimed that this building would have served for the nuns and women of Glendalough although this is not certain. It seems to be on private property now, as there is a fence along the perimeter. 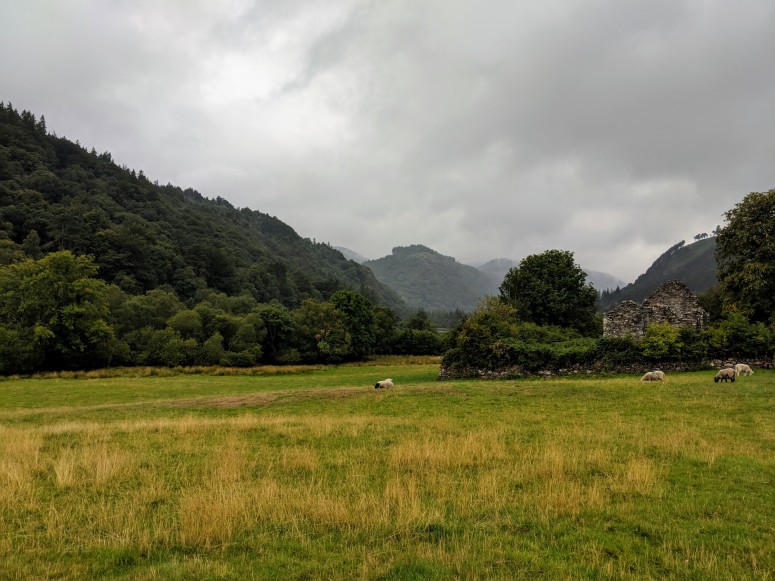 The church stands on the burial site of the local O’Toole chieftain’s clain. The church consists of a navel and a chancel.

The settlement of Glendalough is in a glacial valley situated between and upper and lower lake. The walks to the lakes shows off some beautiful scenery of the surrounding mountains and forests. 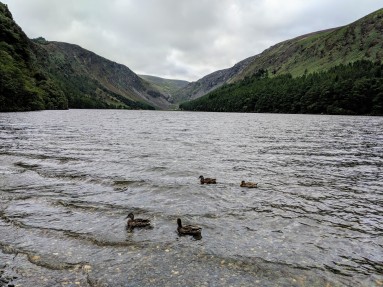 While you are out and about in the area, you might notice some of Glendalough’s wildlife. Here are a few I was lucky to spot:

There were a few smaller species of bird I spotted but due to their tiny size and brown camouflage I couldn’t take a photograph! 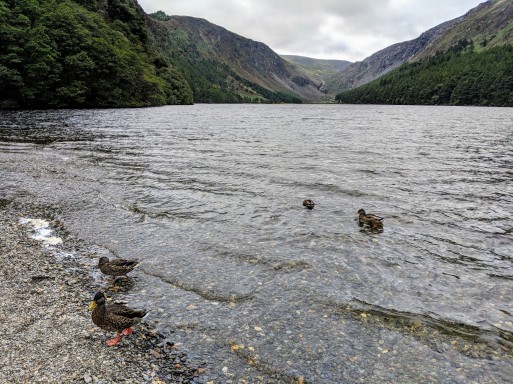 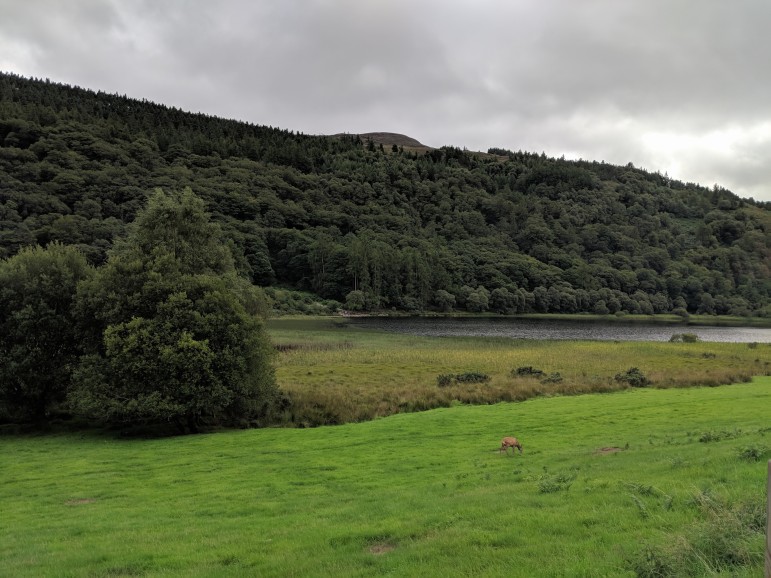 Overall, Glenalough is special place to visit, no matter how many times you go. Between viewing the old buildings, taking a walk along the forest paths and boardwalks, having a picnic at the lake or cafe there is always something nice to do. There is also a visitors center where more information can be found.

I would recommend a trip to Glendalough to anybody visiting Dublin or the surrounding areas.