The Hill of Tara is one of Ireland’s Ancient East attractions with an interesting history: Tara was an important ancient pagan site and the seat of the High King of Ireland.

At the attraction, you are able to walk around the attraction without charge, as long as you like. It’s situated at an elevation of 155m, giving you amazing views of the surrounding countryside.

There is a café and gift store available at the site.

The first signs of settlement on the Hill of Tara were around 6000 years ago.

The story of Hill of Tara’s cultural relevance was found to be as early as 4000BC when the passage tomb was constructed for communal burial. The hill was used as a burial site for a total of 3 millennia.

Archeologists have found 25 monuments on the ground, 50 monuments detected below the ground.  There were 5 main roads in Ireland which led to the Hill of Tara, signifying it’s importance to the early people of Ireland.

A total of 142 Irish Kings are said to have been in power at Tara. The Hill of Tara would have been the site for inaugural feasts of the Kings, with the coronation stone playing an important part of the inauguration.

The Hill of Tara was believed to the Irish pagans to be a place of dwelling for the gods, an entrance to the next world where no-one would grow old and where there is eternal joy.

It is believed that St Patrick himself visited the Hill of Tara during one of his missions, right at the pagan’s central site.

Notable features of the Hill of Tara: 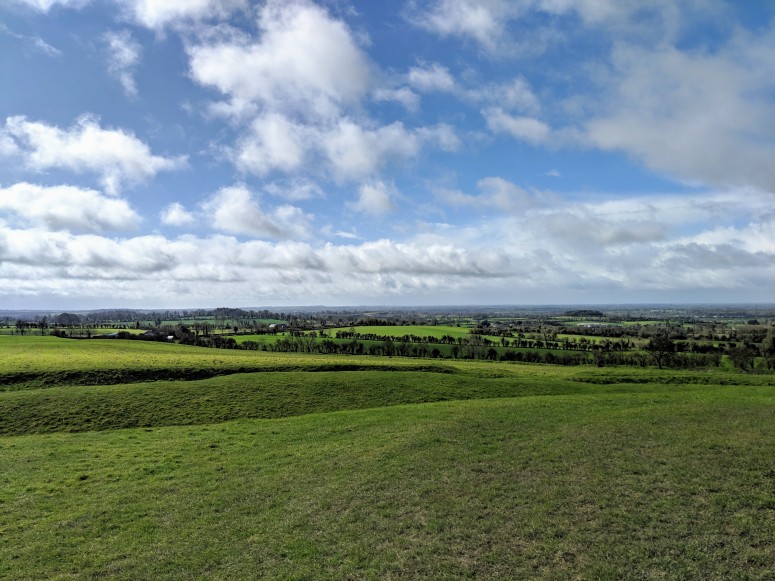 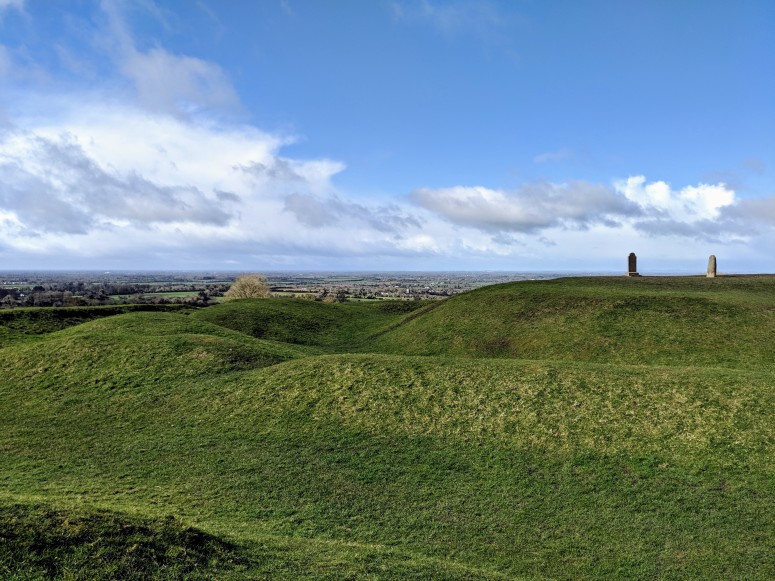 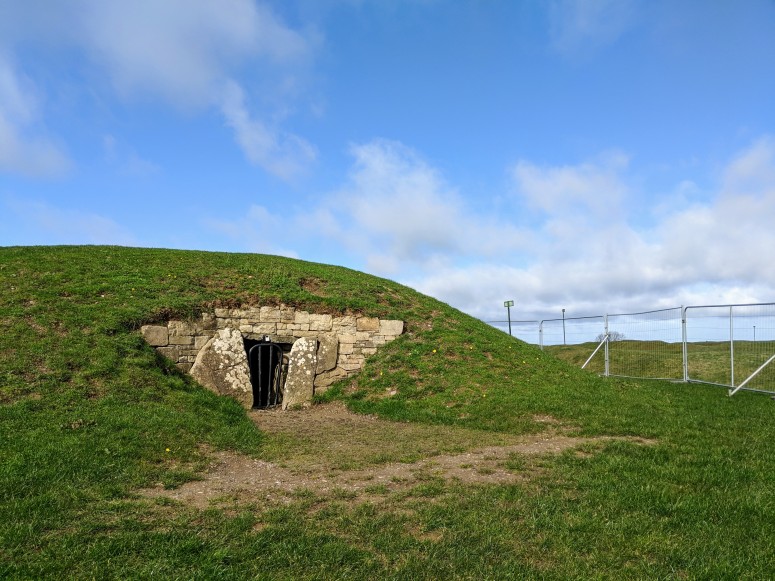 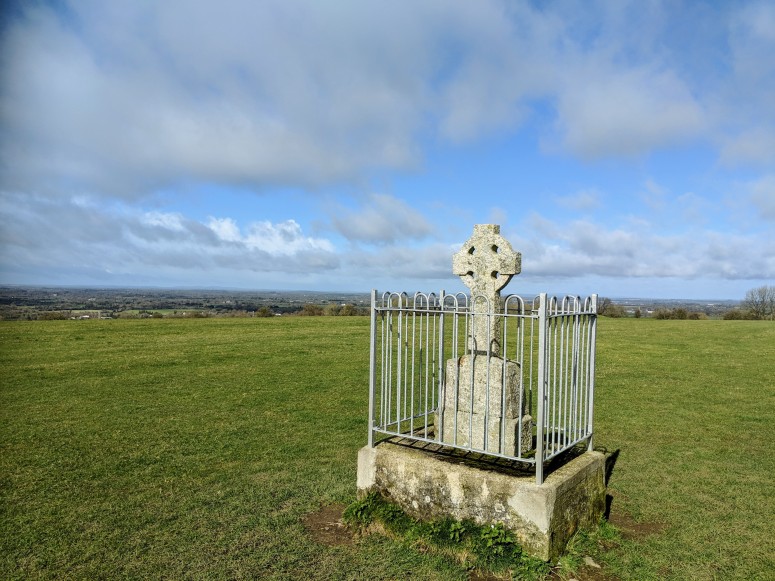 Below: Landscape view of the Hill of Tara – shown on one of the information boards at the site 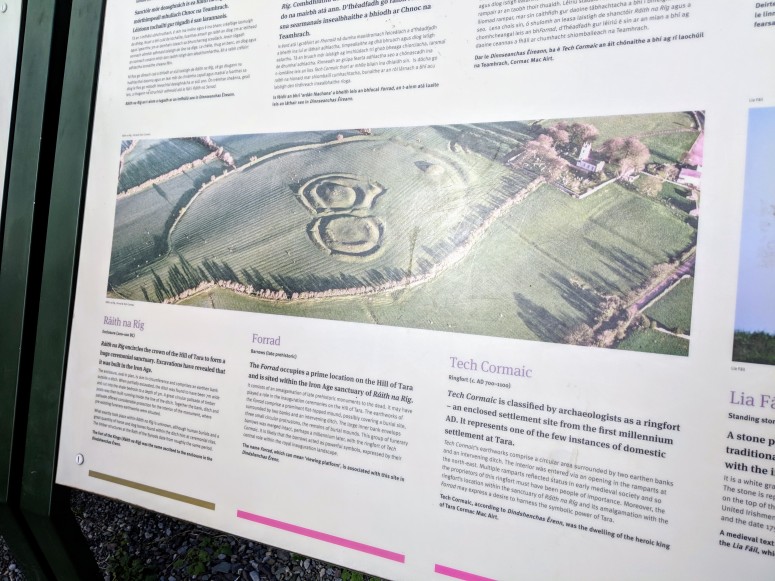 The Hill of Tara can be found here: